Double Down on a Bad Thing 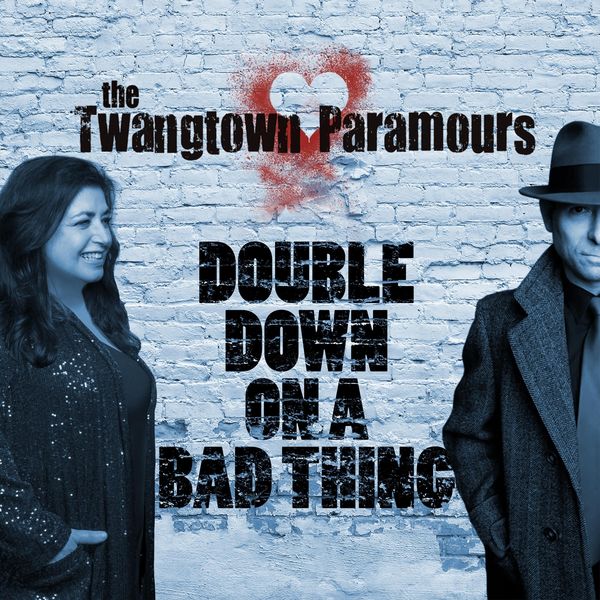 The Twangtown Paramours arrive on their long-awaited third album with some new twists along with the expected high-caliber songwriting, arranging, and deeply felt vocals Mike T. Lewis and MaryBeth Zamer trademarked on their first two long-players. That they’re expanding the well-honed folk- and blues-inspired Americana of their earlier efforts is evident right off the bat, when the album opening, southern soul-drenched title track sprints out of the gate with a greasy backbeat, tasty, understated guitar, and pumping horns backing Ms. Zamer’s no-nonsense vocal emphasizing her willful commitment to sticking with a ne’er-do-well. In a beautiful bit of sequencing, she lives to regret her decision in the very next track, “That’s What the Blues Are For,” a deep southern blues featuring gospely Wurlitzer support by Dave Keyes bolstering Ms. Zamer’s self-lacerating, irony-rich enumeration of the many ways love, but not the blues, has failed her. There’s something a bit different around every corner, from the funky, topical “Talk About Peace” to a beautiful soul-drenched ballad, “I Miss Who I Thought You Were,” with Lewis’ rare lead vocal note-perfect in exploring “the ashes of the fire” left in the wake of lost love. No matter the style, the Twangers wear it quite well.