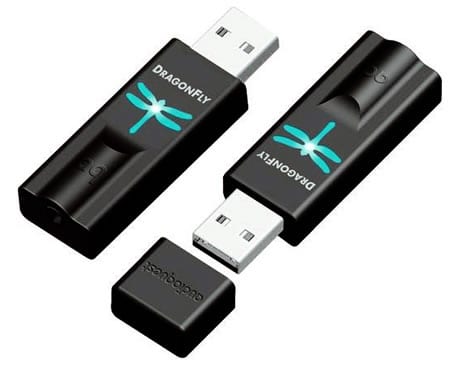 AudioQuest’s thumb-drive-sized DragonFly series has been wildly successful—and for good reason. Inside this diminutive, plug-and-play package resides both a hi-res DAC (up to 96/24) and a surprisingly good headphone amp. Now the Black and Red models, which remain in the line, are joined by a new flagship, the Cobalt, and it’s the best DragonFly yet. Cobalt sports upgraded DAC, processor, and USB receiver chips, as well as new jitter-reduction technology. AudioQuest also revised the digital filter. While preserving what made the previous DragonFlies such winners—plug-and-play installation, analog volume control, full MQA decoding, and, most importantly, a thoroughly enjoyable listening experience—Cobalt improves upon their sonics in subtle but meaningful ways. 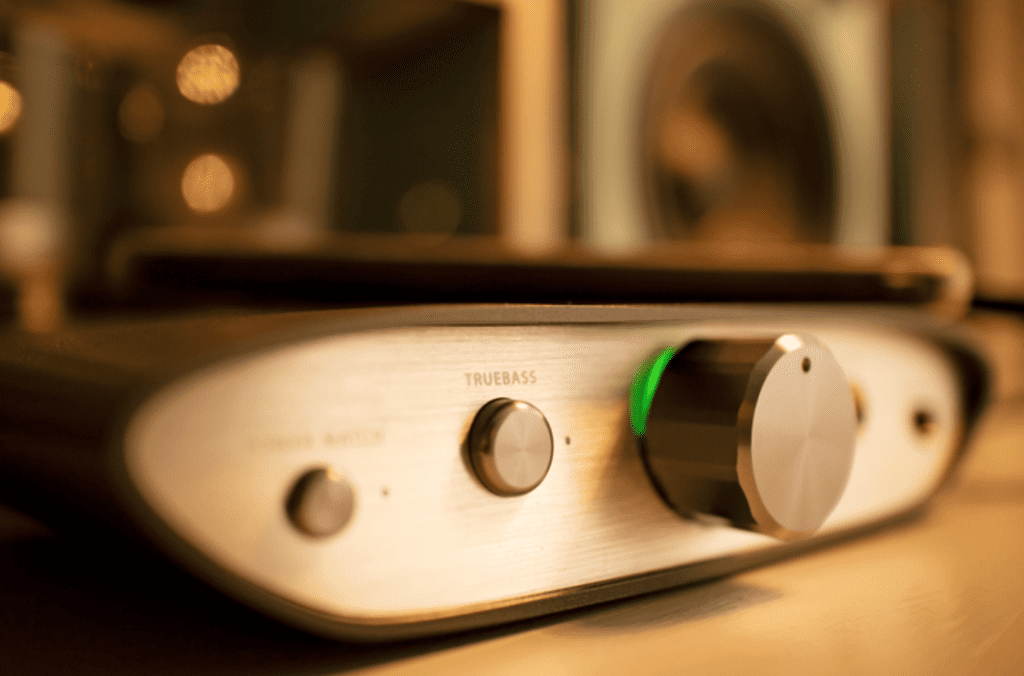 The Zen DAC offers a lot of features and high sound quality at an entry-level price. When it is mated with other high-performance components, SS found the results reference or near-reference level, though the Zen does require careful system-matching and quality cables that will likely cost far more than the DAC itself. Ideal users for the Zen DAC fall into two groups: younger, newly minted audiophiles looking for good sound on a budget for nearfield listening; and older ones looking for an inexpensive way to add MQA DAC capabilities and a decent headphone amplifier to their room-based reference systems. The former will use all of the Zen DAC’s features, while a majority of the latter will set it on fixed output and use it as a basic DAC. Both win. 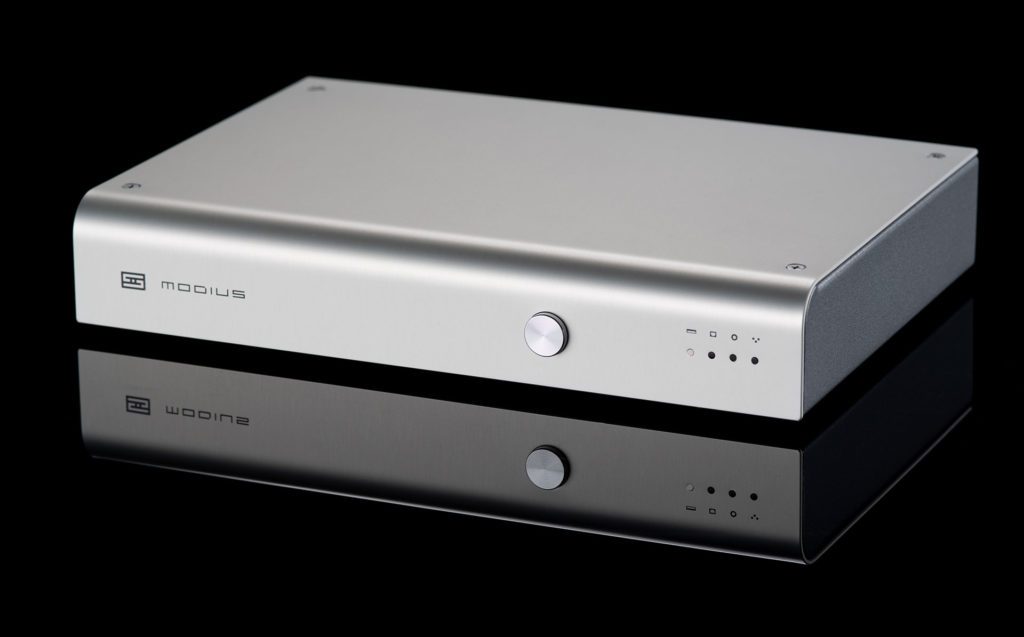 In the bad old days, between 1980 and 2000, decent-sounding digital devices were almost universally expensive, to the point that it was generally assumed and often stated by audio experts that inexpensive digital products were garbage unless heavily modified. The Modius balanced-output DAC is one of the latest of the new-generation DACs that challenge that old assumption. It delivers great sound from PCM files and has enough digital input options for most systems, but it does not support MQA or DSD files and has no user-alterable digital filter settings. However, if you want a simple and simply great just-the-facts DAC, Modius fills the bill. 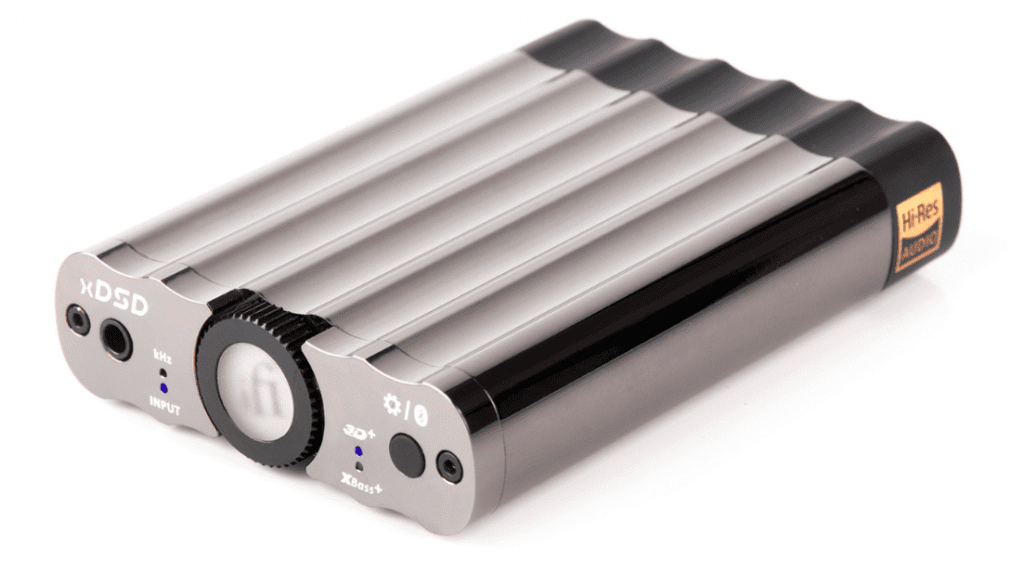 Steven Stone saw two quite different “types” of audiophiles as the primary customers for the xDSD portable/desktop DAC/headphone amplifier. First, younger, more mobile-oriented audiophiles with smartphones and portable computers, who might find the xDSD to be the perfect “step-up” audio device to improve sound from all sources. And second, longtime audiophiles (the ones with the 25-year-old DACs that they still love for Red Book), who could add an xDSD to their system as an auxiliary digital device that would give them access to all the newest high-resolution files, streams, and digital codecs for a fraction of the price they paid for their “main squeeze.” Both types of audiophiles will be pleased and impressed by the xDSD’s flexibility, utility, performance level, and overall value. Steven certainly was. 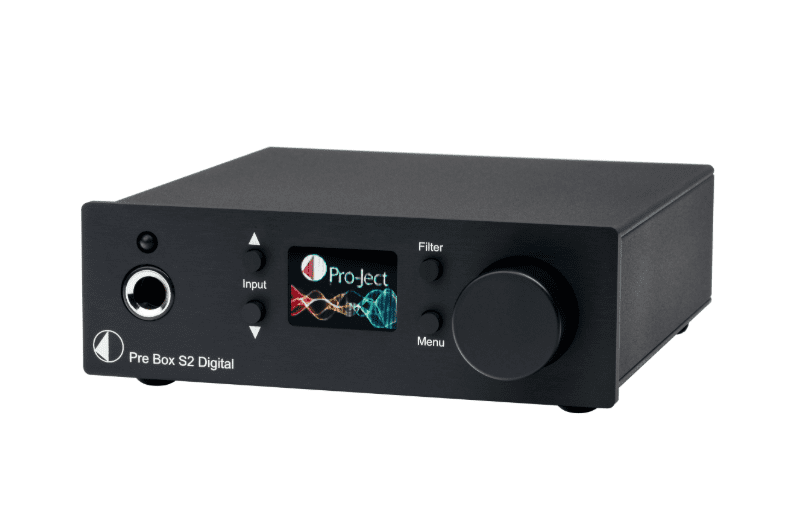 The Pre Box S2 Digital offers audiophiles a very high-value DAC/digital preamp at an almost ridiculously low price. Not only does it include a plethora of important features and capabilities; it also sounds good, has an elegantly designed control surface, and is expandable. As an audiophile’s needs grow, Pro-Ject micro-systems have the components to support nearly every potential input source and format available through various accessory units designed to perform specific functions. While not quite bespoke audio, the Pro-Ject Pre Box S2 is one small part of an elegant system that gives even audiophiles with limited means a way to assemble a first-class system. One of TAS’ 2018 DACs of the Year.

The Node 2i from Bluesound is a music server, streamer, and DAC that accesses most of the popular streaming services and Internet radio, as well as music files off hard drives and NAS drives, all sans computer, while offering full MQA unfolding and rendering (but no DSD). Consistent with its NAD provenance, the Node 2i sounds really, really good—so far above its size and price that it almost makes you feel you’ve stolen something. On many digital sources it often took the most concentrated and critical listening to distinguish the Node 2i from considerably higher-priced competition, even in direct A/B comparisons. 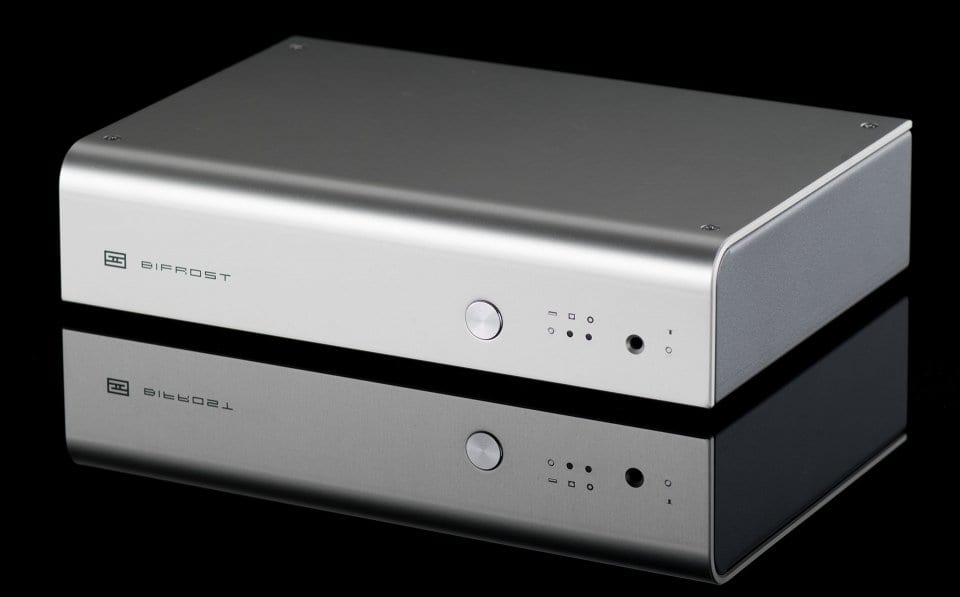 The Bifrost 2 is a “True Multibit” DAC, combined with Schiit’s custom in-house digital filter. It includes Schiit’s new Unison USB, which is its proprietary custom USB input. Schiit took the original Bifrost and gave it some custom upgrades: a new power supply, a new 18-bit Analog Devices AD5781ARUZ D/A converter, and its new custom USB. The Bitfrost 2 accepts formats up to 24/192 for all inputs (USB, coax, optical). Reviewer DK found it was dynamically tight, rhythmically appealing, and absolutely honest when it came to source files. It had an unrelenting edge that rewarded quality and revealed every little flaw. Highly recommended for anyone in search of an accurate, laser-focused DAC.

Built in Denmark and designed by Søren Kristensen, this DAC serves as a prime example of the adage that good things come in small packages. It is switchable between line and headphone output and includes a digital volume control. All Soekris DACs feature discrete R-2R sign-magnitude resistive ladders. The DAC can accommodate up to DoP128 and DSD256 data on the USB input. Four anti-aliasing filters may be selected, giving the user enormous flexibility in tailoring the DAC’s sonic signature to particular tastes. With the digital filter set to soft Butterworth, the Soekris equals or exceeds the performance of TDA1543-based DACs in terms of analog-like sound quality, offering better imaging, enhanced transient clarity, and superior resolution.