TechDAS Air Force Zero Turntable
$450,000
The Air Force Zero, a 700+-pound beast devoted to spinning a vinyl platter as unobtrusively as possible, is an immensely impressive creation, a tribute to the ingenuity and seriousness of purpose of its legendary designer, Hideaki Nishikawa. The massive air-bearing platter, composed of multiple layers of stainless steel, gun metal, and tungsten, makes the LP itself look positively diminutive. But the sound that this gorgeous belt-drive ‘table produces is something altogether different. It can ramp up to dynamic fortissimos that will shake a room, whether the music is a Mahler symphony or a Led Zeppelin tune. But perhaps the most impressive aspect of the Zero is its refinement. There is a sense of ease to the proceedings, a blissfulness that transports it into a truly lofty realm that perhaps no other competitor can quite match. The mechanical lengths that TechDAS has gone to, including a three-phase Papst motor, are daunting. No fewer than three external units are required to drive the Zero. Different tonearms and cartridges will always affect the sonic presentation, but the fundamental image solidity and purity of sound are a constant. The depth and width of the soundstage are titanic and bass authority absolute. When coupled with a custom-built HRS VXR stand, the Zero delivers the analog goods, and then some.

Swedish Analog Technologies CF1-09 Tonearm
$48,000
The SAT CF 1-09 tonearm is, as the Brits like to say, a serious piece of kit. It’s exquisitely fabricated by a process that includes grafting layer after layer of carbon fiber upon each other to ensure a tonearm of great rigidity that is as impervious as possible to vibration. Marc Gomez, the designer of the tonearm, has gone to heroic lengths to ensure that the stylus can track the grooves of an LP with scant perturbation. The darned thing is simply so inert that it manages to excavate tiny nuances and details that were previously obscured, as well as offer huge dynamic swings. There is nothing quite like hearing a full brass choir on a Verdi overture or Strauss tone poem the way the SAT can render it. Anyone seeking full-spectrum sound from his tonearm need look no further than Gomez’s wizardry. 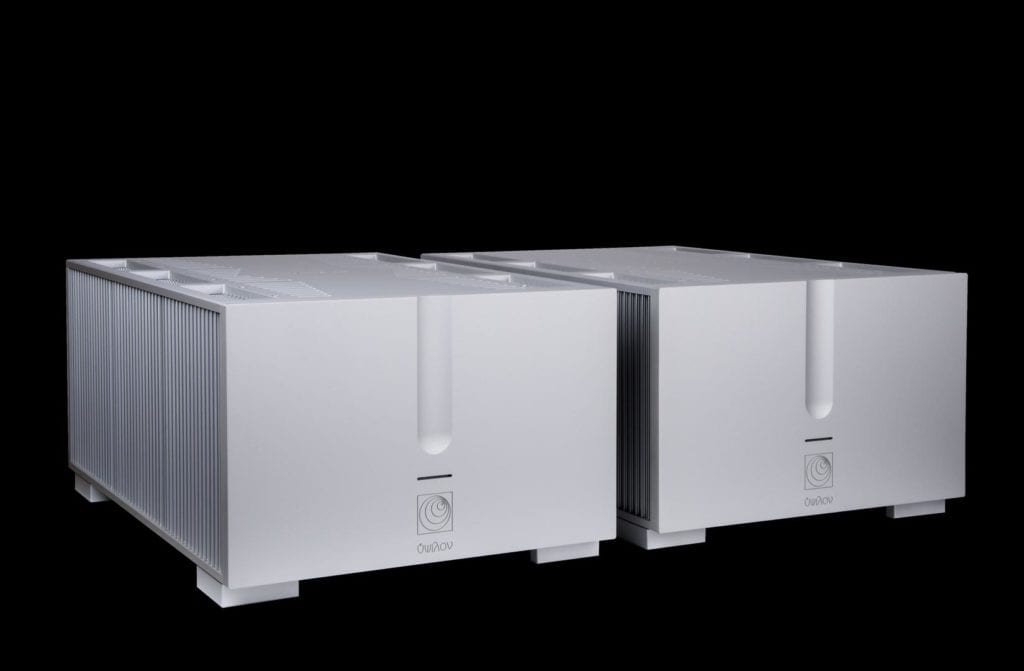 Ypsilon Hyperion Monoblock Amplifier
$93,000/pr.
The Hyperion is a 370-watt, push-pull, hybrid amplifier that can effortlessly drive just about any loudspeaker. Like all of Demetris Baklavas’ inventive designs, it is based around transformers with wide-bandwidth capability together with a tubed input stage. The idea is to provide a little tube magic along with the grip and control of a solid-state output stage that relies on premium MOSFETs rather than bipolar transistors. The results are difficult to quarrel with. Somehow Baklavas manages to transcend many of the electrical artifacts that often subliminally accompany much audio gear as it reproduces music. The Hyperion, to put it another, simply sound less electronic than a number of its peers, effacing, as far as possible, the boundary between reproduction and live music. No transformer hum is discernible even if you put your ear next to the Hyperion’s chassis. A low noise floor is married to granitic authority to produce real sonic magic. The first 100 watts of Class A power and the input tubes meld so seamlessly that it’s easy to forget that the Hyperion is even exerting itself on the most demanding passages. Tonal color, lavish image sizes, and minute details are all rendered with exactitude and an often-breathtaking beauty. Hyperion was the Greek god of light. It’s an apt name for Ypsilon’s bruiser of an amplifier, which sheds abundant light on what’s contained in recordings, old and new.

In the Orbit of Big Star