Acora SRC-1 Loudspeaker
$28,000
The Acora SRC-1 is a new product from a new company but it’s an instant classic: This is a high-end loudspeaker with a stone enclosure that succeeds in all important audiophile metrics. CEO and chief designer Valerio Cora is an ardent music lover who grew up in a family-owned “dimensional stone” business and has been trying his hand at building speaker cabinets out of rock since his teenage years. But only with the refinement of computerized manufacturing techniques in recent years has Cora been able to effectively fabricate an enclosure from African black granite, a homogenous and extremely hard material with advantages over not just other kinds of stone but also (in Cora’s opinion) aluminum, resins, and other “heroic” cabinet materials.

CNC technology allows for the eight pieces of granite that comprise each cabinet to be cut to the exacting tolerances required so that they’ll fit together perfectly and function as they should acoustically. The SRC-1 is a ported two-way floorstander, a surprisingly svelte 246-pound monolith that, at least for the time being, is grille-less. The two drivers, a 1″ soft dome tweeter and a 7″ sandwich paper cone woofer, are sourced from ScanSpeak and rebuilt by Cora in Toronto.

The presentation of musically meaningful detail is the SRC-1’s major strength, as is the rendering of image size and recording space. Bass is tuneful, with good impact. Orchestral climaxes are majestic, most certainly because nothing is vibrating that shouldn’t be. Frequency response is rated as 29Hz–30kHz (+/- 2dB) and, with a reported sensitivity of 90.5dB, the speakers are not an especially difficult amplifier load. 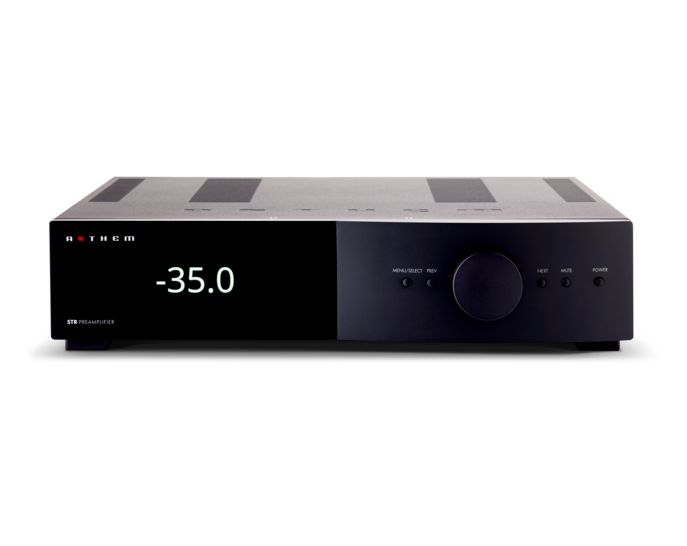 Anthem STR Preamplifier
$3999
Anthem introduced its first DSP room-correction technology (ARC = Anthem Room Correction) in 2004, improved upon it in 2014 (ARC-2) and, in 2019, premiered ARC Genesis, which is included in the STR preamplifier, among other products. The latest software, which Anthem says has 50% more processing power than any previous iteration, features improved optimization algorithms utilizing two-dozen IIR filters per channel with processing operating at a 192kHz sampling rate. Otherwise, the STR sports comprehensive connectivity (though no HDMI) and an AK4456VN DAC chipset provides upsampling to 32-bit/192kHz resolution in addition to decoding the DSD2.8 and 5.6MHz formats via DoP. Up to 30 virtual inputs are programmable; a sophisticated bass-management system allows for effective optimization of LF sound. The STR’s phonostage provides five equalization curves (including the expected RIAA) and both 47kΩ and 100Ω cartridge loading. An analog bypass option allows for a signal derived from a turntable or reel-to-reel deck to forego digitization, if that’s what you want. Sonically, the Anthem scales instruments realistically, with excellent tonal specificity and the accurate reproduction of a recording venue’s spatial character. 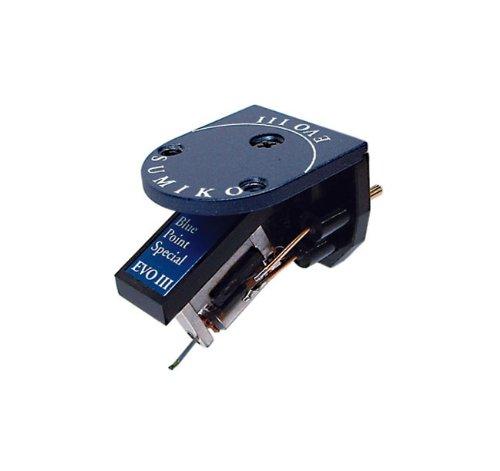 Sumiko Blue Point Special Evo III Phono Cartridge
$549
When the Blue Point Special EVO III was reviewed in TAS back in 2004, the cost was $349 and the cartridge was considered an excellent value for a moving-coil design. Sixteen years later, the price has increased by $200, but the BPS EVO III remains a great deal for gung-ho vinyl enthusiasts without the deepest of pockets or for listeners who are only occasional analog consumers. The cartridge provides the kind of natural detail and warmth that one expects from a good LP. A 0.3 x 0.7 micron elliptical stylus tracks challenging passages respectably, even if heavy artillery is involved, and the cartridge ages gracefully. (When the EVO III runs out of steam, you don’t re-tip, you trade in.) In addition to the original high-output version (2.5mV, load impedance 47k ohms) there’s now a low-output model (0.5mV, load impedance >100 ohms)—both are priced the same.