Elac Navis ARB51
$1999
Elac’s active, three-way, compact is not only handsome; it also defies expectations at every turn. Under fourteen inches tall, it projects a rich, full-bodied midrange that proves ideal for solo piano and vocals. Fans of choral music will revel in the clarity of massed voices, as the Navis singles out the subtle modulations of individual singers in all their warmth and glory. The Elac has a weighty, dynamic, bottom-up sound that suggests a speaker that not only doesn’t need coddling but actually dares you to crank it up—way up. Pivotal is the balance of extension and pitch control that the speaker displays in the lower mids and below. Power-wise, it’s equipped with a tri-amplification package that supplies Class AB power to the coincident 4″ midrange/1″ soft-dome tweeter (100W/40W, respectively), and 160W of BASH amplification to the 5″ woofer. A hallmark of active bass is the way it grabs onto rhythm tracks, orchestral percussion like kettle drums, or organ pedal points. One of those rare, small compacts where you don’t have to scale back expectations in order to enjoy it. 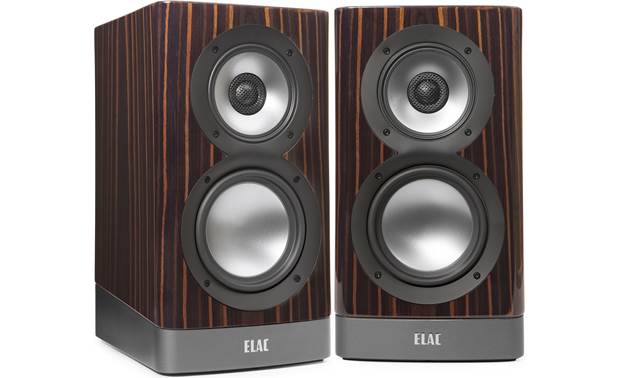 Harbeth Anniversary 40.2
$18,995
The Anniversary is a limited edition of Harbeth’s flagship 40.2, only with special veneers and some proprietary parts and wiring. Although the promotional literature makes no claims for the Anniversary’s sonic superiority over the stock version, TAS reviewer Paul Seydor found small improvements in smoothness, fractionally better integration of the tweeter, and an overall presentation that sounds subtly purer, more akin to a good electrostatic. While these differences exist on an extremely finely graded scale and are not even noticeable on some music, for PS they are significant in part precisely because Quad ESLs were his reference for over a quarter century before the stock 40.2 bumped the Quad 2805 as his primary reference. Otherwise, like the stock 40.2, so the Anniversary: It represents designer Alan Shaw’s highest  development  so far of the BBC school of speaker design. With a frequency response from 38Hz–20kHz +/-3dB, the 40.2 is the virtual embodiment of tonal neutrality. The speaker also  possesses  a sheer musical  authority almost nonexistent in PS’s previous experience, while the ease, effortlessness, and lack of stress or strain translate into a presentation which draws all the attention to the music. And nothing but nothing in PS’s fifty years as an audiophile reproduces the timbre of real instruments and voices more truthfully and thus beautifully than this speaker, especially in its latest version, now PS’s new reference. 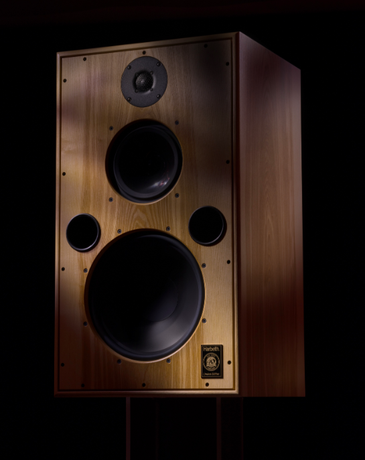