Paradigm Persona 9H
$35,000
Along with the Legacy speakers, the Persona 9H is a product from one of only two manufacturers AHC has found that can really do room correction well, courtesy of the Persona’s Anthem Room Correction (ARC) and integral woofer amplifiers. The 9H is truly flat, has very deep, quick, and detailed bass, and a superb new beryllium midrange and tweeter with a great deal of life and detail but no hardness. With excellent driver integration and something much closer to a point-source sound than most complex speaker systems, the 9H provides some of the best imaging and soundstage performance around. The sound quality really delivers, and its size and weight are far more practical than that of many contenders for the state of the art. 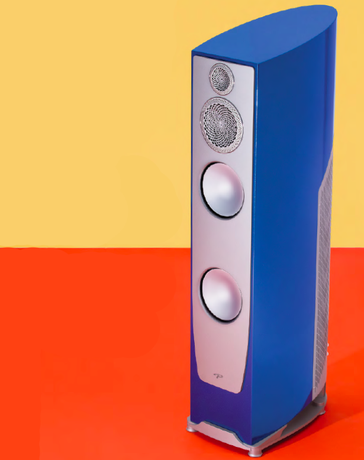 Estelon Xb
$36,900
The Estelon Xb is all about style—both the aesthetic and musical varieties. The speaker, like all Estelons, has one of the most sensuous silhouettes on the market. But the Xb also features resolution so extraordinary, timbres so richly fleshed-out, and imaging so stellar that it can take the listener beyond engagement with the music to engagement with the hearts, minds, and style of the players behind the music. Note, though, that the speaker will only do this under the right circumstances. Being of modest sensitivity, the Xb requires substantial power. Also, if toed in even a little, the Accuton ceramic tweeter can prove harsh. With these caveats duly noted, Alan Taffel sums up the Estelon Xb as a rare component that forges a rare listener connection.

Magico S5 Mk II
$38,000, M-Cast ($42,750, M-Coat)
The S5, now in a Mk II version, stands second from the top of Magico’s S Series. A four-driver three-way, it epitomizes the lineup’s newfound tonal lushness, freer-flowing bass, and emphasis on organic musicality. The beauty of the S5 is that it achieves these fresh attributes without sacrificing Magico’s traditional strengths. The S5 is a detail-unraveler nonpareil and an imaging champ. Its bass is a nice mixture of ease, control, and extension (this is unequivocally a full-range speaker), although its low notes don’t breathe and bloom quite as marvelously as do notes elsewhere in its musical palette. With the S5, and the entire S lineup, reviewer AT feels that Magico has found a way to create speakers that are both more affordable and more overtly inviting than those in its flagship line, without losing the essence of the brand. 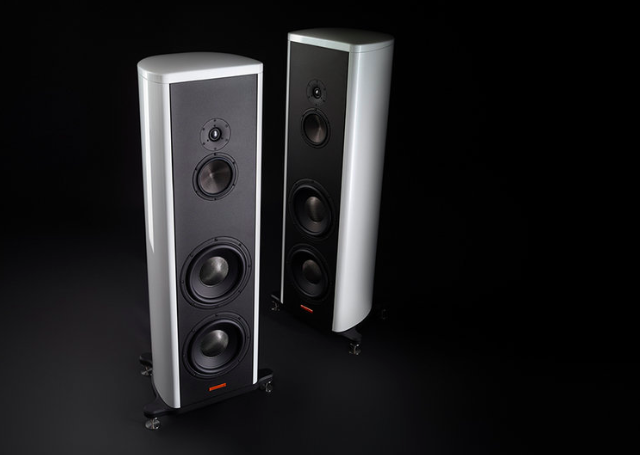 Von Schweikert Audio Endeavor E-5 Mk II
$40,000
Leif Swanson joined forces with Albert and Damon Von Schweikert in 2015 and his Endeavor loudspeaker line now proudly wears the VSA badge. The E-5 is a large (9″ x 66″ x 15″) vented box manufactured from a cellular matrix material that, especially with the damping techniques employed, is acoustically inert. The speaker incorporates seven drivers per side: a beryllium dome tweeter, a pair of 6.5″ Kevlar midrange cones, and four 7″ aluminum cone woofers, arranged in a D’Appolito configuration. The E-5 provides a vivid and robustly dynamic presentation of large-scale music. Mahler or pedal-to-the-metal rock ’n’ roll succeed as expected, though more intimate forces aren’t exaggerated in their physical dimensions. In most applications, a subwoofer won’t be necessary. Tonal nuance is revealed (if the recording has it) and the speakers can create a gratifyingly capacious soundfield. 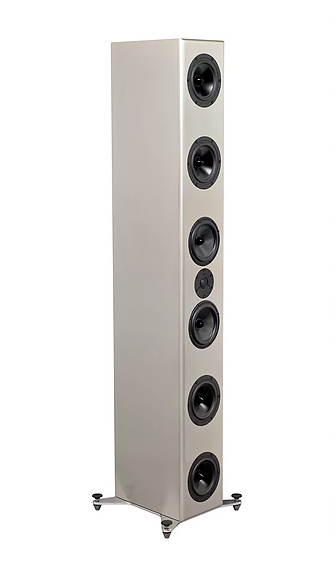 Von Schweikert Audio VR-44 Aktive
$45,000
The new VSA VR-44 Aktive (90dB/8-ohm) is a high-performance speaker made for tube-lovers. A four-way, single-cabinet design with a chamfered front baffle, the VR-44 uses a quasi-transmission-line, which incorporates new VSA technology in cabinet-wall construction, and OEM Scandinavian drivers. It also features self-powered woofers. GH found the approach inventive and the sonic results completely elegant. The VR-44 Aktive produces a bold, expressive beauty along with the capacity for delicate nuances within an impressive soundstage. Highly resolving with fantastic extension at the extremes, the speaker achieves wondrously saturated yet natural tone on instruments ranging from orchestral strings to jazz saxophones and vibes. It works equally well with both vintage and contemporary tube amps of 40W–100Wpc. 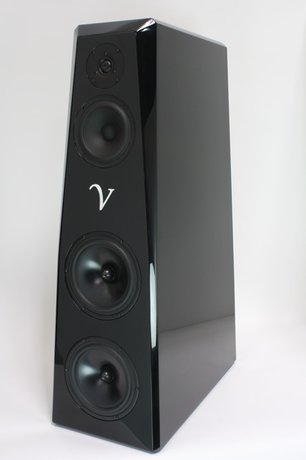 Legacy Audio V System
$49,500
This digitally optimized, multiway floorstander with highly sophisticated Wavelet processor is one of the best speaker systems AHC has heard—one of those rare new approaches to high-end audio that is so good it almost compels serious audiophiles to audition it. AHC was truly impressed with what the Legacy V could do in making subtle improvements in the realism of imaging, the definition of image size and depth, and the smoothness and clarity of the bass with a wide range of classical music and acoustic jazz. The Legacy V does have some truly great competition from speakers without any of the features of the Wavelet processor. 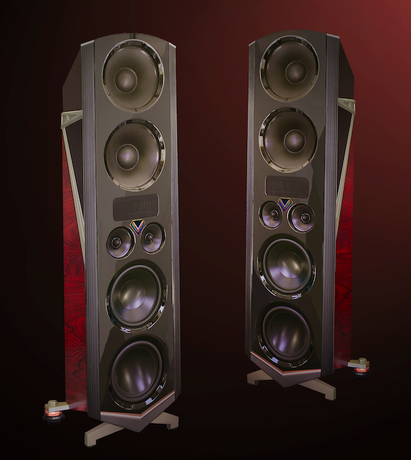