MBL 101 X-treme Loudspeaker
$260,000
In honor of the 101 X-tremes’ tenth anniversary, I invited these new and improved versions of MBL’s 2000-pound, twin-chassis flagship loudspeakers back into my listening room. Comprising two Radialstrahler columns—each column like a pair of 101Es with one set of radial woofers, radial mids, and radial tweets facing upward and the other facing down immediately above it in a D’Appolito arrangement—and twin outboard, powered subwoofer stacks (with two 12″ aluminum-cone woofers in a push-push configuration per subwoofer and three, stackable subs per speaker side), the 101 X-tremes are giants. It took my weight-lifting piano movers (the Elam Bros.) the better part of half a day to cart them up to my third-floor listening room and put the pieces in place, but, as I fully expected, it was worth the effort and expense. These MBLs are high among the most realistic-sounding loudspeakers that (a huge amount of) money can buy. Indeed, when it comes to the third dimension, the 101 X-tremes are in a class of their own. As good as drivers-in-a-box speakers have gotten to be, nothing else, dynamic or planar, sounds like these gargantuan Radialstrahlers, because very little else projects its energy, from top to bottom, throughout a true 360 degrees, like instruments themselves do. As I said in my original review of the X-tremes (and will say again when I review these new versions), listening to every other transducer is like going to a movie of a concert; listening to the 101 X-tremes is like going to the live event. If you’ve got the dough, I’d be hard-pressed to name another loudspeaker that beats these unique transducers out when it comes to producing a convincing semblance of real instruments in a real space. 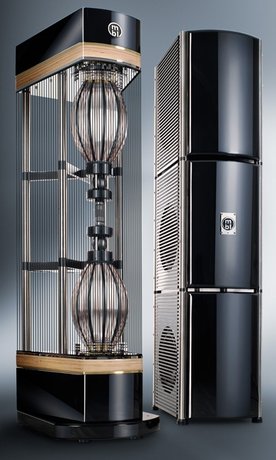 Acoustic Signature Invictus Jr. Turntable with TA-9000 Tonearm
$85,000
To put this simply, the Acoustic Signature Invictus Jr. (with improved TA-9000 tonearm) is the best pivoted-’arm record player I’ve heard—better (IMO) than its considerably more massive and pricier big brother, Invictus, which was designed five years before Junior and does not implement Gunther Frohnhoefer’s latest thinking. As good as Invictus was and is—and it came closer to sounding like tapes than any other record player I’d experienced at that time—Junior adds a level of resolution, transient speed, and dynamic impact (particularly in the bass) that brings LPs even closer to the sound of the tapes they were cut from, and it does this without losing much of the tape-like solidity and continuousness of Invictus Sr. There are other record players out there that compete with Junior—linear-trackers for the most part—but in a traditional pivoted ’arm, only Junior’s TA-9000 manages to approach the sonic consistency of the straight-liners. A genuine masterpiece. 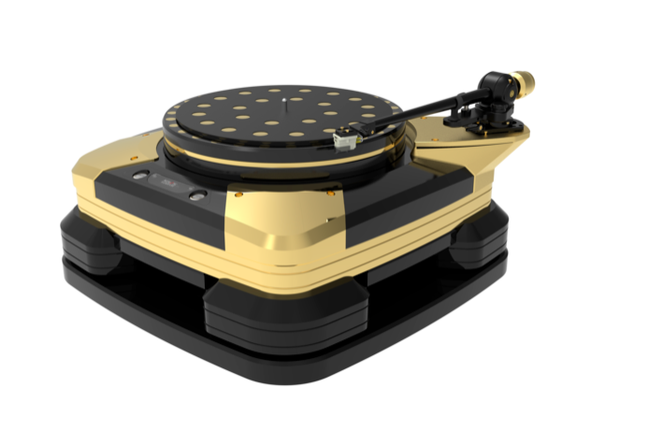 Audio Research Corporation Reference 160M Monoblock Power Amplifier
$30,000/pr.
The product of two years of research and development, the Reference 160M—ARC’s newest monoblock power amp—doesn’t sound like any other ARC amplifier I’ve heard, and I think I’ve heard just about all of them. Gone are the characteristic brightness—the incandescent “top-down” tonal balance—and the soft grainy noise that any ARC fan has grown used to. Gone, as well, is some (not all) of ARC’s traditional and seemingly limitless spaciousness and bloom. In their stead are a more neutral (maybe slightly bottom-up) tonal palette, audibly lower noise (resulting in zero grain), more and more focused detail, richer timbre, fuller power-range response, and a markedly increased sense of control over every aspect of the presentation. This added grip, color, and resolution may be the result of the biasing scheme (the 160M is the first ARC amp with auto-bias); it is certainly a result of the amp’s new complement of output tubes (Russian KT150s rather than GE 6550s), its shorter signal paths, its refurbished power supply, and other technical innovations. Regardless of the trade-offs in ARC’s new circuit, the 160M sounds more realistic than most of the Audio Research amplifiers that have come before it, and when you consider the scope of William Zane Johnson’s legacy that is saying a mouthful. 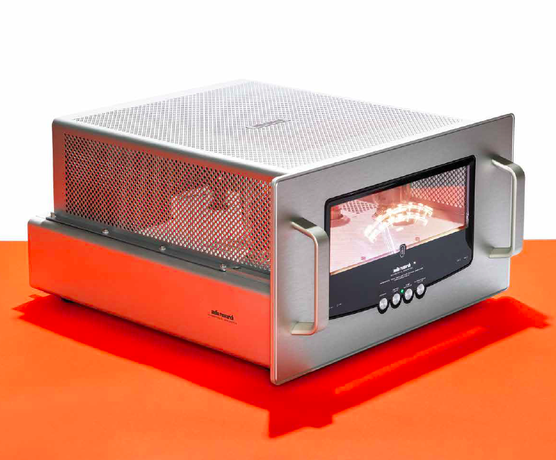 MSB Reference DAC
$39,500
Well, what do you know? The guy who railed against streaming digital is now listening happily to same. What’s changed? The thing that matters most: The MSB Reference DAC makes digitized music sound like the real thing. And, thanks to MSB’s optional preamplifier module with multiple I/Os and world-class, constant-impedance, passive analog volume control, the Reference DAC doesn’t need to be hooked up to an $80k outboard preamp to work its magic. This “minimum parts” preamplifying scheme is claimed to produce “extraordinary overall clarity.” And in combination with MSB’s DAC, boy, does it ever! The Reference DAC’s resolution is kind of magical. You just hear more of what’s been played and recorded. TAS Overall Product of the Year last January, the MSB Reference DAC remains a stupefying achievement. 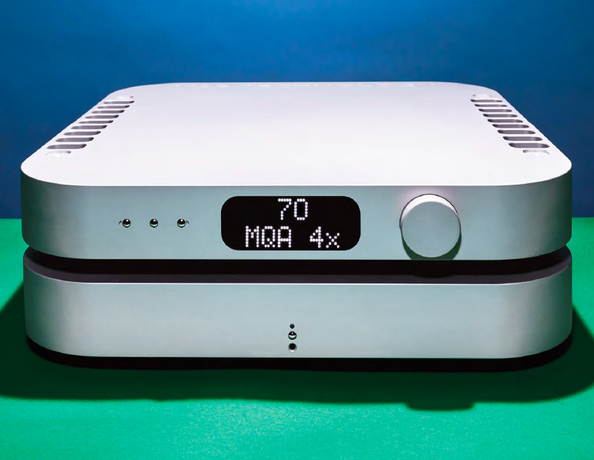 Voxativ 9.87 Loudspeaker
$39,000 (and up, depending on choice of driver)
No, the Voxativ 9.87 does not do dimensionality (and staging) the way the supremely 3-D MBL 101 X-tremes do. Nonetheless, it is capable of sounding very realistic thanks to its sensational dynamics, equally sensational resolution of instrumental and performance detail, and incomparable top-to-bottom seamlessness, which is owed to its single-driver design. A latter-day descendant of the backloaded-horn Lowther, the Voxativ covers virtually the entire gamut (down to about 100Hz) with its marvelous, proprietary, single wooden cone (with coaxial whizzer tweeter to augment response above 7kHz). The 9.87’s dedicated powered subwoofers, upon which the single drivers’ enclosures sit, supply the bottom-octave fundamentals and, when properly dialed in, better “disappear” than any subs I’ve heard, leaving the impression of a single sound-source of immense resolution and astonishing dynamic range. True, the Voxativ 9.87 doesn’t have the majesty of the huge MBLs, is better suited to medium-sized rooms, and (off and on) has a trace of cupped-hands coloration—but if you are an absolute sound kind of listener, for the money it is hard to beat. 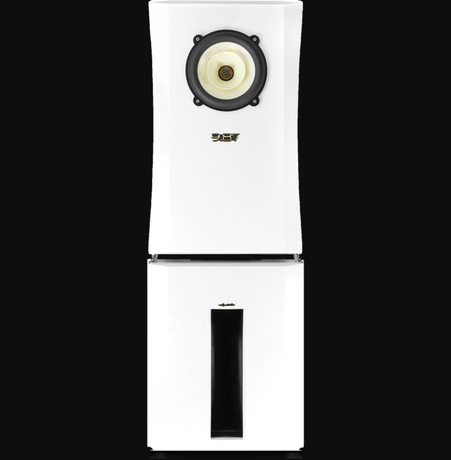 Zanden Classic Model 1200mk3 Phonostage, Model 3000mk2 Linestage, Model 9600mk2 Monoblock Power Amplifier
$25,000 (phonostage), $23,000 (linestage), $57,200/pr. (amp)
Here is yet another road to the absolute sound. A more traditional design than the super-advanced, super-cool ARC Reference 160M, with (among other things) old-fashioned fixed bias and even older-fashioned Class A 845 triodes in the gain stage, the all-glass-powered Zanden Classic trio will, nonetheless, get you where you want to go—i.e., the sound of the real thing—without forcing you to pay a heavy toll in listenability on less-than-SuperDisc recordings. This consistent listenability is one of the Zanden Classic suite’s sonic virtues. It is not a typical overlay of tubey-ness; indeed, for tube gear the Zanden trio sounds remarkably precise. It is focused, grain-free, and a little Class A “dark” in timbre, without any bottom-end plumminess. Indeed, the bass of the Zandens is truly superb—richly (and accurately) colored, three-dimensional, bloomy, clear-as-solid-state in pitch, near transistor-quick and powerful on transients, and immensely detailed in performance cues. Used as a complete electronics suite the Zanden “Classic” components are, given the right speakers, simply world-class contenders, with world-class transparency, resolution, speed, dynamic range, liquidity, bloom, and spaciousness, as well as that signature listenability that doesn’t obscure engineering choices but makes even tough recordings a relative pleasure to hear (and great recordings unmistakably great). 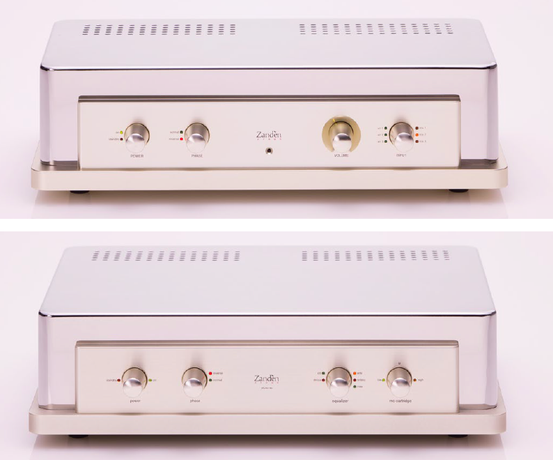