KEF Muo
$149
This wonderfully portable wireless Bluetooth speaker delivers the sonic goods well beyond expectations, especially given its petite dimensions. Intended for those who want quality listening on the go, it’s a tiny two-way that pumps out big, full, and expansive sound with respectable resolution—and even reproduces some sense of soundstaging on many recordings. It also features a mini-version of the same driver technology found in the maker’s Muon flagship. 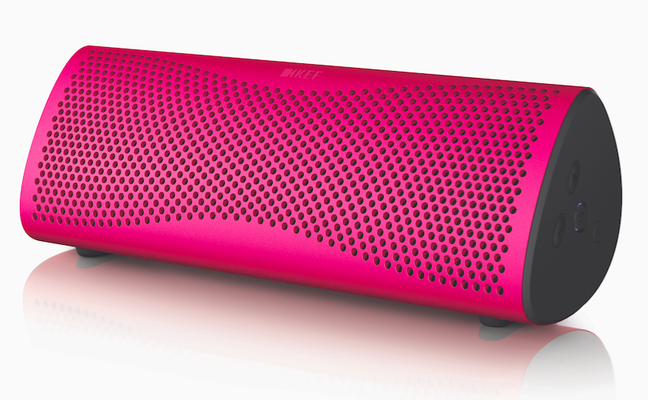 Audioengine HD6/HDP6A
$699/$499
Comfortable on a desk or shelf, flanking a flat panel, or out in the room on a pair of stands, the powered, DAC-equipped, Bluetooth-enabled HD6 loudspeaker is a near-complete audio system. It only needs a source as humble as a smartphone to get it up and running. Sonically, this two-way has a forgiving signature in the treble range, and an ear-coddling midrange with a warmer, slightly darker voice that is effective at conveying big sound from a small box. It’s hard to imagine a loudspeaker that does more for less. The HDP6A is a passive version of the speaker minus the DAC and amp. 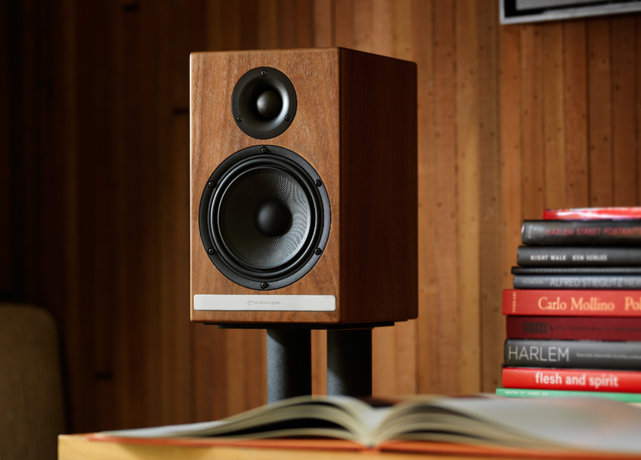 Micromega MySpeaker Active
$999
Given the Micromega’s connectivity and built-in 30Wpc Class AB technology, just plug in a source and you’re good to go. Sonically, it is slightly forward and lean but possessed of an openness that’s arresting in this price class. Images are depicted with physical weight and dimension; bass response extends into the 50Hz range. The tweeter is nicely integrated with only minor hints of localization, most likely due to a small energy dip near the crossover point. While the Micromega has limits, it also has guts and doesn’t shrink from orchestral crescendos. Versatility and convenience define the wireless game, and the Micromega excels in these roles. 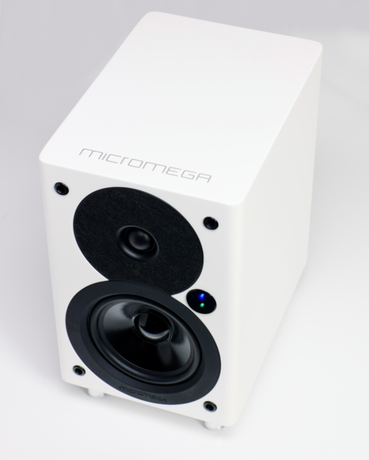 Audience The One V3
$1695
The One, as you might infer from its name, is a single full-range driver shoehorned into a small box. The driver itself is the same unit, the A3A, that Audience uses in its flagship $72,000 16+16 speaker. According to Audience, the A3A has exceptionally flat response, claimed to be +/-3dB from 40Hz to 22kHz. Be that as it may, properly set-up The One is the second-best desktop speaker reviewer Steven Stone has heard (after the Audience 1+1). 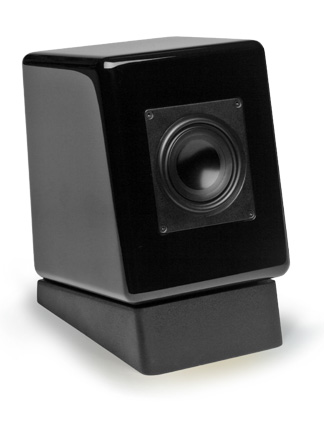 Audience 1+1 V3
$2960
Don’t let the 1+1 V3’s nearly identical appearance to the 1+1 V2+ ($1800) fool you; this newly upgraded version is a huge leap over its already superlative predecessor. The V3 employs a significantly redesigned version of Audience’s full-range driver, top-level Au24SX internal wiring, retuned passive radiators, and custom tellurium solderless binding posts. The result is far more resolution and detail (particularly in the treble), superior transparency, wider dynamic expression, and even greater midrange purity. The 1+1 V3’s midrange clarity, just one of the virtues of a crossover-less single-driver speaker, is on a par with that of many speakers costing twenty times the V2+’s price. The state of the art for desktop listening, and a terrific choice as a main speaker in smaller rooms. 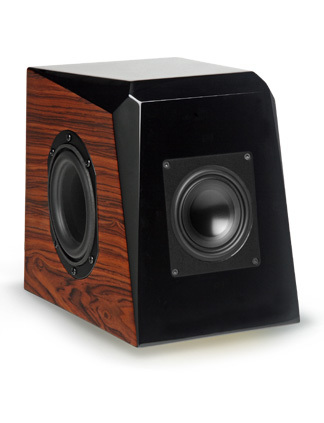 Wilson Audio TuneTot
$9800/$10,500, depending on color
Wilson’s smallest loudspeaker was designed with a specific use in mind—placement on a shelf or piece of furniture near a room boundary. When the ’Tots are positioned as intended and powered by quality amplification, bass and drums on pop/rock material have satisfying punch; soundstaging and imaging on well-made orchestral recordings are first-rate; and vocal and instrumental sonorities are naturally represented. Deploying the TuneTots in a desktop system is a real possibility—just don’t expect to get any work done. 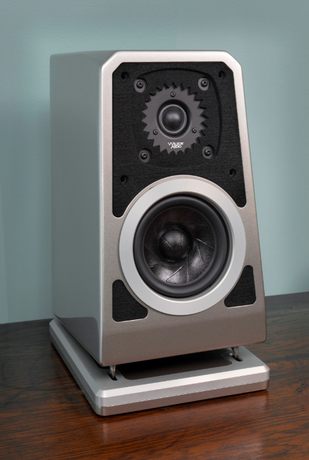