JL Audio Fathom f113v2 subwoofer and CR-1 crossover
$4500/$3000
JL Audio’s Fathom f112 and f113 subwoofers have long been the “go-to” models for high performance and value. The Fathoms manage to combine bone-crushing bass impact and power with the ability to reveal musical subtleties—a rare feat. Now with the introduction of the “v2” updates, a great subwoofer has been made even better. In addition to more power, an improved driver, and refinements to the electronics, the new model’s digital room correction system is a significant advance over the previous version. That technology, called DARO, employs 18 DSP filters to flatten the sub’s in-room response, and is much more effective than the original model’s single band of analog equalization. DARO is almost magical in its ability to remove boom and bloat while increasing definition.

Although the Fathom provides extensive controls for adjusting the sub to your system, JL Audio’s CR-1 line-level crossover allows you to fine-tune the sub with surgical precision. The CR-1 is a powerful tool that provides that next level of integration between the subwoofer and your main speakers.

The combination of the Fathom f113v2 and CR-1 can transform a stereo, adding much wider dynamics, deeper bass, the ability to play louder without strain, and higher resolution of a recording’s space and depth. Best of all, the pairing delivers all these benefits without ever calling attention to itself. 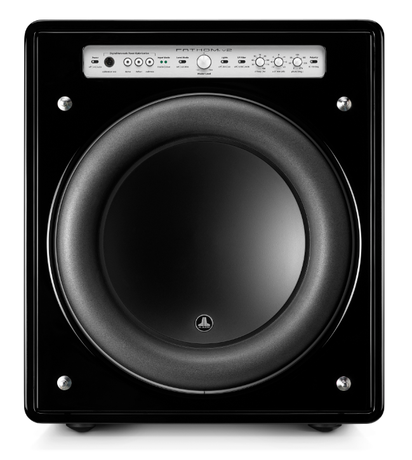 Monitor Audio Silver 300 loudspeaker
$2000/pr.
What does two grand buy you in today’s loudspeaker market? A lot, if that speaker is the Monitor Audio Silver 300. This new full-range floorstander’s dual 6″ woofers, mounted in independently ported chambers, deliver exceptional bass extension, dynamics, and pitch definition along with good rendering of timbre. The Silver 300 has a big and robust sound that is particularly well suited to pop, rock, and jazz. Transient fidelity is another strong suit, conveying the sudden attacks of percussion instruments and infusing the music with an upbeat quality. The midrange and treble also exceed expectations, with a somewhat forward perspective.

Build-quality is astounding for the price; the cabinets feature book-matched wood veneer, magnetic grilles, no visible driver-mounting hardware, and two pairs of high-quality binding posts. Monitor Audio is able to deliver so much value by combining audiophile-oriented design with economy-of-scale Chinese manufacturing (in Monitor’s own factory). It all adds up to one terrific value. 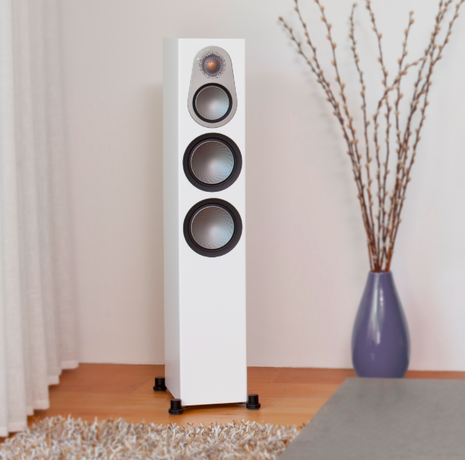 Piega Coax 711 loudspeaker
$25,000/pr.
The top of the newly overhauled Coaxial line, the 711 from the Swiss company Piega offers something unique in high-end audio: a concentric midrange/tweeter ribbon driver. The driver, of Piega’s own design and manufacture, positions a ribbon tweeter in the center of a ribbon midrange, resulting in perfect coherence between the two drivers regardless of the listening position. This driver sounds spectacular; it reproduces transients with lifelike detail and immediacy, yet with an utter sense of ease and lack of etch. The sound gets “out of the box,” portraying instruments and voices with a realism and clarity that eludes all but the very best cone speakers. The treble’s silky smoothness and extended response reveal an airy and ethereal quality that contributes to the impression of instruments floating in space. The 711 beautifully resolves the textures of individual instruments playing in unison, all without a hint of sounding analytical. This extraordinary coincident driver is mated to two 220mm active woofers and two 220mm passive woofers per speaker. The integration between the dynamic woofers and ribbon is virtually seamless. With a sensitivity of 92dB, the 711 is also fairly easy to drive. 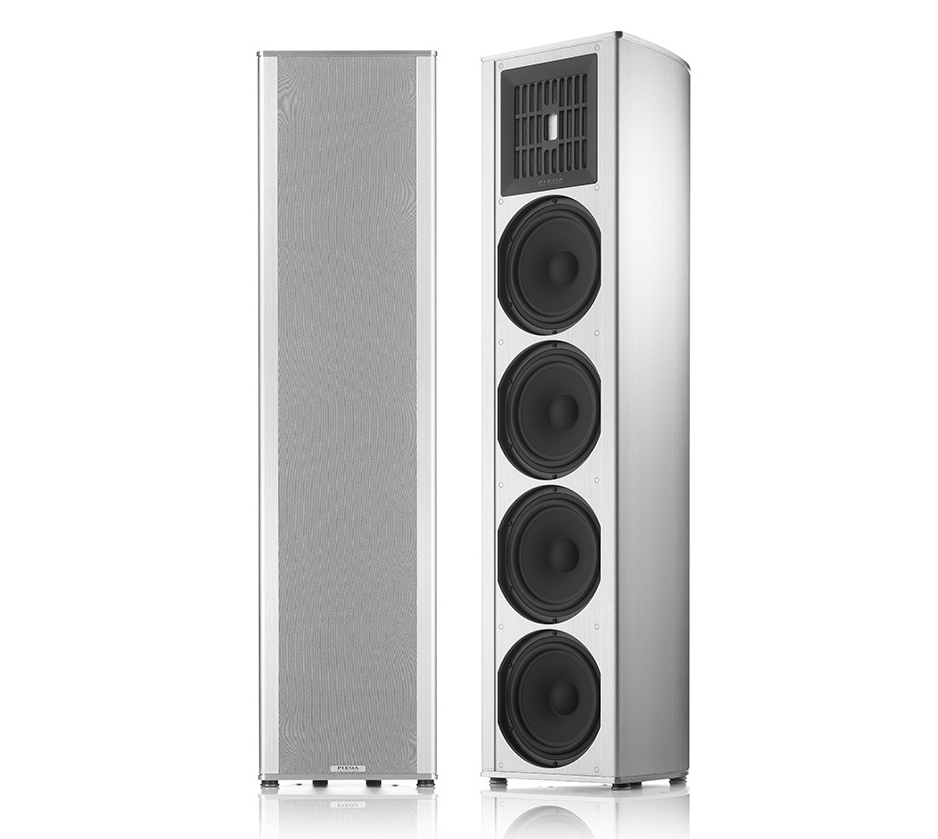