While at AXPONA I had a chance to talk at length with Bob Bantz, the president of Elusive Disc, and Kevin Berg, the wholesale consultant for the company. Kevin also recently became the owner of Nitty Gritty Record Care Products and appointed Elusive Disc as the sole distributor for Nitty Gritty’s products, which is no small thing to those of us who know how important it is to clean records and do it properly. It was Kevin that made me aware of the 40th Anniversary Celebration Album, Opus 3’s 18-song compilation that Greg Cahill wrote about in Issue 284 of TAS. Along with CDs, SACDs, vinyl LPs, and reel-to-reel tapes, Elusive Disc sells XRCDs, and recently two new JVC XRCD titles have become available: Simone, a collection of classic bebop tunes performed by a quintet called Jazz 4 All; and Masterpiece II, on which guitarist Mario Suzuki plays Spanish folklore music. Both feature lovely-sounding recordings made directly to half-inch tape. During my conversation with Bob Bantz he filled me in on this product and others that are popular with customers of Elusive Disc.

Exclusive Disc is the exclusive distributor of JVC XRCDs. How did that come about?
Kevin used to be an employee of JVC XRCD as far back as when it was the JVC music label; they were producing new artists and such. And then that started to wane, and ultimately I think it was a decision from Japan to shut down JVC USA’s operations in XRCDs. At that time Kevin approached Elusive Disc; he sent an email to all the dealers saying, ‘Hey, JVC USA is closing down. We’re going to offer up their remaining inventory.’ Luckily I was at my computer and responded in about 15 seconds: ‘We’ll buy all of it.’ The rest is kind of history. Elusive Disc became the exclusive U.S. distributor of XRCD. Japan still manufactures all the XRCDs. Our U.S.-made releases are mastered here in the States, and then the optical disc gets sent over to the pressing plant in Japan.

You still have old stock but there are new releases as well, correct? Tell me about new releases. Who’s doing them?
One of the original offshoots when Elusive Disc took over distribution for XRCD was Audio Wave Music, which did a series of Blue Note XRCDs. We worked with Joe Harley from AudioQuest, who is a mastering engineer, and Alan Yoshida at Ocean Way Recordings, but unfortunately that has all ended. Now we’re in discussions with Bernie Grundman to do new XRCD mastering in the U.S. but right now everything gets mastered in Japan.

While looking at your website I noticed many international titles. What countries export the most?
Japanese labels; they’ve had a pretty large catalog over the years and have always sold well for us. They’re really well produced sonically—great pressings, great jacket quality, packaging, everything is really nice. Three Blind Mice was the preeminent jazz label in Japan. Sony Music bought it from Tee Fujii five years ago and has been reissuing some stuff in SACD, but through Impex Records we’ve been reissuing a lot of TBM stuff: Misty, Midnight Sugar, and most recently Greensleeves, which is phenomenal. And we just came out with The Best of TBM for the first time on vinyl. It was quite a famous CD, but never before available on vinyl.

And how about other countries?
There’s Chasing the Dragon out of the U.K. They’re doing a great job. We also sell Stockfisch Records and Opus 3 Records. 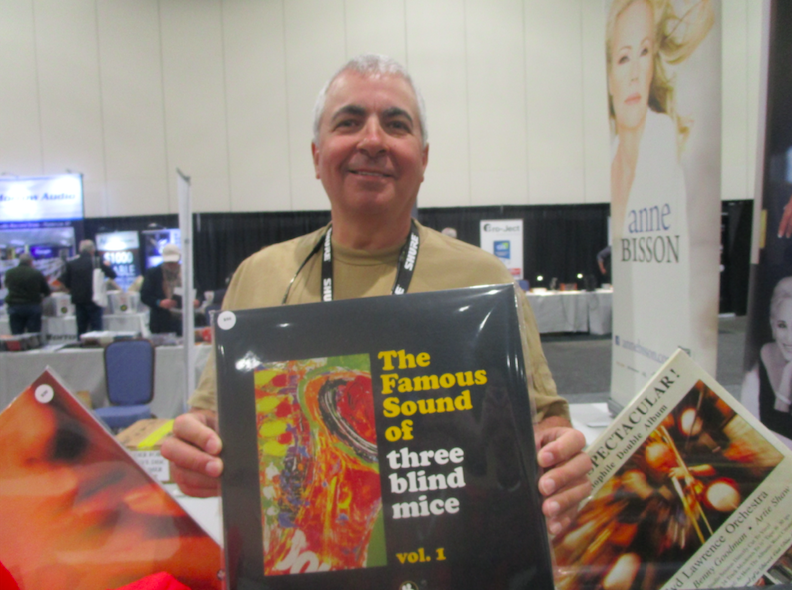 I recently talked to an audiophile label that said they sell lots of vinyl, but SACDs are their big seller for audiophiles. Shouldn’t we also acknowledge that there are great-sounding CDs?
Yeah, it’s always a matter of execution. That’s why XRCD was created. It’s like we have to consider what the theoretical limits are that we’ll achieve with sound quality on 44.1/16, and the quality is pretty good.

What CDs and SACDs are your biggest sellers?
I would say all of our Jennifer Warnes Impex CDs. They’re still strong sellers, and they’ve been around for quite some time. XRCDs are still very strong. Chasing the Dragon and Stockfisch are really strong. Opus 3 SACDs sell really well, as do Analogue Productions; they do a great job. 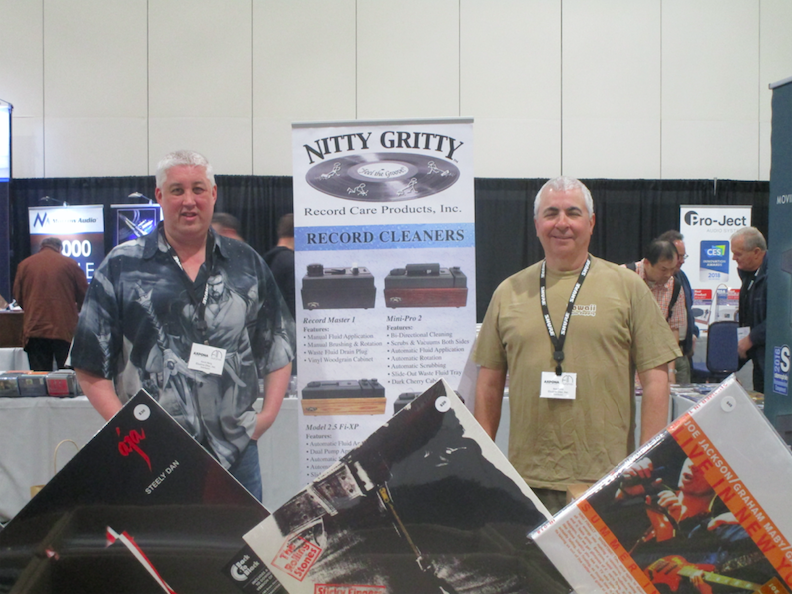 What haven’t we touched on that you would like to tell our readers about?
When you go to our website there’s a mass of stuff, and I remember when I became an audiophile in the late 80s, I didn’t know what to buy, so I really relied upon information from other knowledgeable people for a place to start. I mean, we’d all like to own 100,000 records but we can’t, so we’d like the ones we buy to be good ones. If you’re looking for a great-sounding recording under a specific genre, or just great-sounding records in general, we’re able to provide that service for people. We’re getting ready to do a relaunch of our website—like a quantum relaunch—and we’ll be pushing that idea there. Basically we’ll have lists of things like, Ten Records You Have to Own, for instance, so we can give people some guidance. We can tell them about a record that we know that if they like a certain type of music at all that they’re going to be extremely pleased with the sound quality.

Is there information about where the record was pressed and recorded?
On our site we try to provide every bit of information. With some labels it’s really easy, such as with Impex, which we now control. We recently purchased Impex Records and kept the production team of Abey Fonn and Robert Sliger. So we’re about to put more money into it and produce more titles per year. It’s working out really well. Sales have already increased over Impex’s because we offer so many other labels. We’re like a one-stop shop for dealers and exporters.

Darin Fong Audio Out of Your Head Software