Bel Canto REF600M Monoblock
$4990/pr.
The Bel Canto REF600M is the first amplifier in the REF series to use the NCore technology designed by Bruno Putzeys for Hypex. With this latest design Bel Canto claims it has achieved “the right balance between neutral transparency and musicality.” John Stronczer, Bel Canto’s designer, believes that the REF600M, “demonstrates the full sonic promise that began to emerge over 15 years ago with the implementation of our first Class D amplifier.” How good is the REF600M? To reviewer Steven Stone’s ears it’s good enough to qualify as the best all-around power amplifier he’s heard to date, regardless of technology or circuit topology. Its combination of extremely low noise (which allows it to drive even highly sensitive loudspeakers), precision three-dimensional imaging, relaxed and natural harmonic balance, and power capability makes for a potent package. Couple all its sonic achievements with its relatively modest price and you have a power amplifier that could well be a benchmark reference for many audiophiles for years to come.

D’Agostino Master Audio Systems Momentum M400 Monoblock
$65,000
Dan D’Agostino has seriously upped his game from earlier designs. In particular, the earlier version of the Momentum amplifier, while boasting considerable power, lacked the finesse and sheer gumption of the new M400. D’Agostino has taken several steps to improve these monoblocks, including redesigning the driver stage with individual transistors for the negative and positive halves to ensure that the circuit is fully complementary. D’Agostino says that change greatly increases the current that the output stage sees. As a result, this 400W monoblock doubles up on power delivery as the impedance halves (down to 1800 watts at 2 ohms), which means it’s essentially unflappable. What reviewer Jacob Heilbrunn heard from the changes that D’Agostino made was a remarkable degree of control—an ability to disentangle complex musical passages with great fidelity, thereby rendering them easily intelligible to the ear. He also heard a linearity and silkiness that make these supremely high-resolution monoblocks easy winners of TAS’ Power Amplifier of the Year Award. 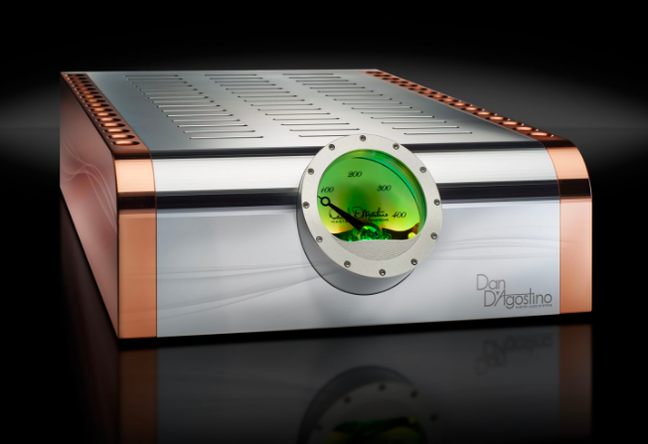