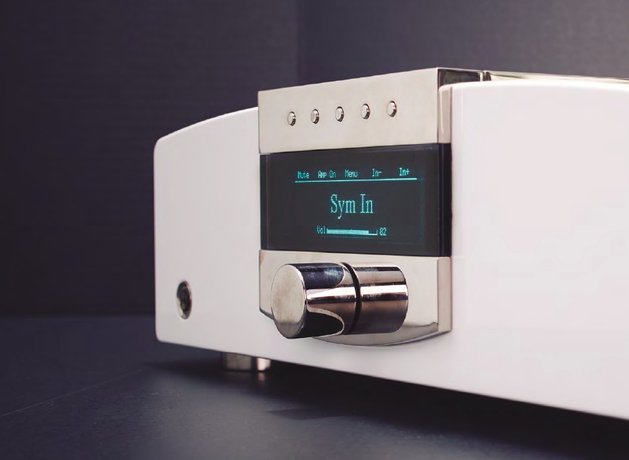 mbl C51 Integrated Amplifier
$11,100
With its soft understated lines, svelte controls and connectivity, and jewelry-like finish, it’s easy to misjudge the depth, complexity, and sonic resolve of TAS’ recent cover boy, the 180Wpc, modified-Class D C51 integrated amplifier. It has the touch of the classicist in the emphasis it places on the finest inner details, and its resolution of acoustic space is almost eerie in its specificity. Its top end is top-notch—airily extended with none of the early Class D colorations that often constricted and cloaked these octaves. Designer Jürgen Reis’ hybrid topology, known as LASA, is open, airy, and sweet where appropriate, yet highly charged and aggressive when called upon. I think the C51’s foremost virtue is the way it integrates individual qualities—frequency, imaging, dynamics, transients—into a seamless tapestry of reproduced sound. The C51 is a triumph in its category. Even separates should beware. (243) 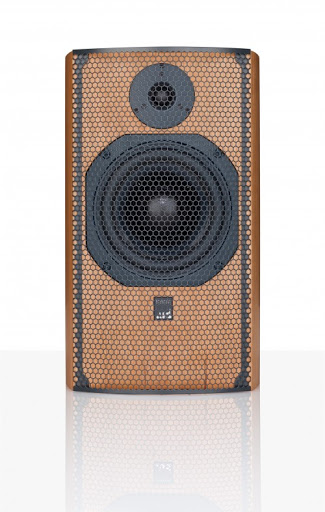 ATC SCM19 Loudspeaker
$3695
I’ve been an ATC booster and owner of its two-way compact monitors for more years than I care to remember. Not a brand to cater to the fashion of the marketplace, these stout monitors— with their heavy-duty, bespoke drivers—were born to do the job in pro applications, pure and simple. Despite ATC’s stellar track record, I never expected its new and aggressively priced SCM19 to be as good as it is. The qualities I’ve come to expect from ATC—the superb midrange, tonal neutrality, broad-shouldered micro-and macro-dynamics—are all in evidence. What was unexpected was the extent to which the SCM19 outshines its predecessors in voicing and seamless driver-to-driver coherence. There are no discontinuities and no vestigial box colorations. And there’s more air on top, likely attributable to the all-new, in-house-engineered-and-manufactured soft-dome tweeter—a real beaut. Simply the best ATC compact I’ve heard to date. (245)

Parasound JC 3/JC 3+ Phonostage
$2350/$2950
The original JC 3 cinched a Golden Ear Award not long after I reviewed it in Issue 215. It remains, in my view, one of the most worthy phonostages on the market—bar none. However, audiophiles are a finicky bunch and the JC 3’s lack of variable-loading stuck in the craw of some. Taking notice, Parasound tasked phono wizard John Curl to work his magic once again. Curl’s wand-waving not only resulted in loading adjustments, but also improvements to signal-to-noise ratio, tweaks to the mm/mc gain stages, a beefier power supply, and a larger power transformer. While current JC 3 owners shouldn’t panic, the “+” does kick low-level resolution up a notch. The 3+’s ability to see into the center of a symphony orchestra and define each section is uncanny. As was the case with the JC 3 backgrounds remain eerily quiet, instrumental timbres ripe, and channel separation exquisite. For most of us, the standard model remains the obvious choice— no negatives. But for those who are prone to swapping exotic cartridges and seeking the last word in resolution, the new “+” is simply overflowing with positives. (215 and 245) 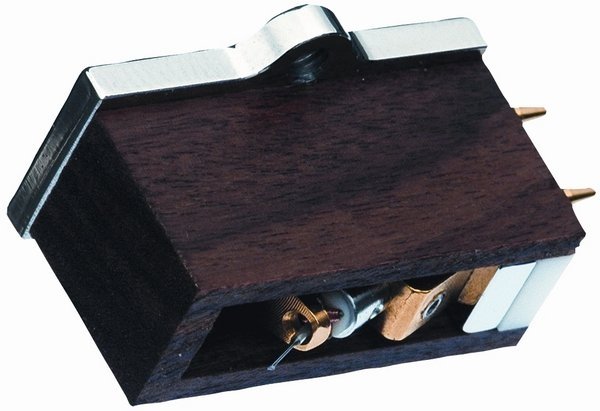 Sumiko Audio Palo Santos Presentation Cartridge
$3999
Long-term listening to the Palo Santos Presentation has only deepened my admiration for this beautifully constructed, low-output moving coil (0.5mV). With its sumptuous hand-crafted Brazilian rosewood body, long-grain boron cantilever, and ultra-low-mass Ogura Vital Design PH diamond stylus, it produces some of the most unhyped and elegantly tailored sonics that I’ve experienced from a moving coil. It manifests voluminous presence and conveys complexities of timbre and space and atmosphere that are very lifelike. Essentially neutral, the PSP subtly steers a less aggressive, warmer spectral course. Its signature sound is more contemplative and soothing, rather than heart-stopping. In my view the success or failure of any high-end component hinges on its ability to strike a balance within a vast landscape of sonic ideals. You’ll be hard-pressed for both time and money to find a cartridge that significantly betters the Palo Santos Presentation. To these ears it is very nearly beyond reproach. (206) 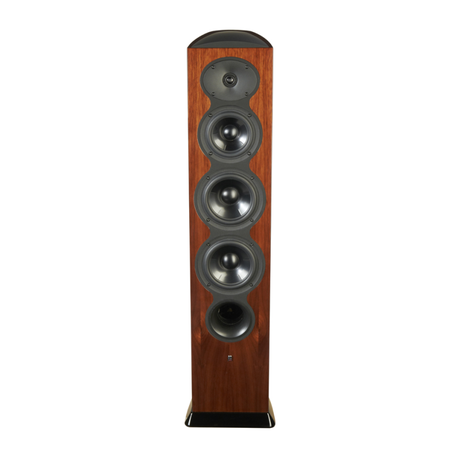 Revel Performa3 F206 Loudspeaker
$3500
Like a radio hit song that you just can’t get out of your head, the Revel F206 three-way floorstander is repeating as a Golden Ear recipient. Offering pure and uncolored musical charisma, with seamless driver integration, the F206 is a chart-topper with any genre of music. It is nearly imperturbable even under punishing rock-level conditions; yet it also boasts a sophisticated low-level refinement that will make classical music lovers drool. Tonally there are no broad flat spots or nasty peaks in response, just an enthusiastic outpouring of musicality, dynamic energy, and image precision. With the all-new and brilliantly refined dome tweeter with acoustic-lens waveguide, the treble range is eloquent yet mercifully absent the prickly needle of tweeter localization. A remarkable loudspeaker that exceeds all expectations of performance in its price class and beyond. (234)

Shunyata Venom PS8 Power Distributor and Venom Defender Conditioner
$695; $195
Power distribution systems tend to put me on my guard. They give; they take away. But the eminently affordable Venom Series power products from Shunyata blindsided me. Whether assembled piecemeal or in one, not-so-big gulp, they clarified and fine-tuned timbre and character, and released heretofore hidden musicality from my system. Begin with the ruggedly built PS8 power strip (six outlets) and then consider adding even further refinement with the big-time surge protection and filtration technology of the pint-sized Defender. If you have an AC outlet, you’re good to go. Bravo to Shunyata for designing a system that acknowledges the fact that not everyone has the cash, space, or inclination to run dedicated lines into a listening room. Apartment-dwellers take note. You’ll never look at power strips and AC power in quite the same way again. (239)